Swine influenza, flu A, h1n1 flu, whatever it's called, that brand new influenza pandemic convinced is scaring a lot of people out of the wits. But should you be afraid of this big bad swine influenza? The influenza scare has spawned different responses from different nations, some expected, some extreme.

In Mexico, swine influenza flu masks has become a portion of the usual fashion. In the U.S, President Barack Obama has mobilized substantial national funds to resist swine flu, saying that since little is known about the most recent influenza strain, the government should take all necessary measures in the event the virus transforms into something worse. 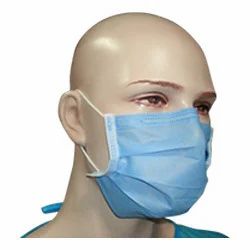 One of the measures taken included asking schools with proven cases of the influenza virus to shut up to two weeks and also to disperse 25 percent of the nation's 50 million courses of antiviral treatment to all states. Obama also asked Congress for $1.5 billion if additional measures will need to be studied to prevent the spread of swine flu.

Though the Centers for Disease Control clarified the status of swine influenza in the U.S. to be from the "pre-pandemic period," acting CDC director Dr. Richard Besser said he expects more deaths since the condition goes forward.

Thus far, only three persons have died in the U.S., the most recent being a Texas man having an underlying heart condition. The fantastic Bird Flu Hoax author Dr. Joseph Mercola considers this is not the first time that the U.S. is overreacting to an influenza outbreak.

Hundreds were infected and also a soldier died but was it enough to justify then-President Ford's mass-produced response? Thirty ended up dead after taking flu shots while others were paralyzed as a result of Guillain-Barre syndrome.